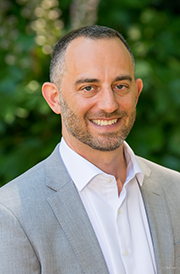 Cary Kletter is an experienced trial attorney practicing in the areas of employment law, business litigation, civil rights, real estate disputes and ERISA claims, among others. Mr. Kletter, who has been working for law firms since 1993, was a general litigation associate with the Manhattan law firm Rosenberg & Estis prior to moving to the Bay Area in 2000. Mr. Kletter has represented corporate executives, classes of individuals, business entities, non-profit organizations and public entities in both Federal and State court as well as before administrative agencies such as the CA Division of Labor Standards and Enforcement. Mr. Kletter has represented more than 10,000 litigants in California courts and arbitrations.

Mr. Kletter has extensive alternative dispute resolution experience and has represented clients in numerous mediations and other ADR forums. He graduated from Brandeis University in June 1992, obtained a law degree from Hofstra Law School in May 1995 and also took classes at Harvard University. Mr. Kletter is licensed to practice law in the states of California and New York, and numerous federal districts including the Northern and Southern District Courts of California and the Southern and Eastern District Courts of New York.

Mr. Kletter is a member of the California Employment Lawyers Association and has received more than twenty awards for his work as an attorney. He is a member of the Million Dolar Advocates Forum and the Multi-Millon Dolar Advocates Forum. In October 2004, he was named Attorney of the Year by the AIDS Legal Referral Panel. In June 2003 he was named the volunteer of the month by the Volunteer Legal Services Program of the Bar Association of San Francisco. He has also received comendations from the California Senate and the U.S. House of Representative. Mr. Kletter is also a California licensed real estate broker.

This email address is being protected from spambots. You need JavaScript enabled to view it. 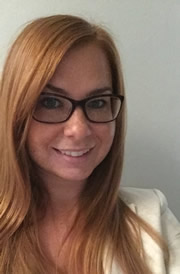 Rachel Hallam is an attorney practicing exclusively in employment law. Prior to joining Kletter Law, Ms. Hallam clerked at the Department of Labor, Office of Administrative Law Judges in San Francisco where she drafted decisions and orders under various federal employment and labor statutes. She also worked as a contract attorney for several plaintiff-side employment law firms in addition to contributing to a research project for the Center for Work Life Law.

Ms. Hallam graduated from the University of California, Hastings College of the Law, magna cum laude in May 2015. While in law school, Ms. Hallam focused her coursework in employment law and formulated research focusing on breastfeeding discrimination and accommodations in the workplace for the Center for Work Life Law. She also externed at the Department of Labor, Office of Administrative Law Judges and for a small boutique plaintiff-side employment law firm. Prior to attending law school, Ms. Hallam graduated Phi Beta Kappa from the University of California, Berkeley, double majoring in Psychology and Sociology. She enjoys going to the gym, climbing, and attending Warriors games. 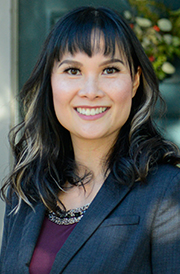 Ms. Nguyen is a member of the Consumer Attorneys of CA, and the Vietnamese American Bar Association of Northern CA, and Santa Clara County Trial Lawyer’s Association where she served on the Board of Directors in 2013-2015.